Last week, the Oregon Senate Republicans were able to block a Senate quorum by leaving the Capitol. They hoped to negotiate to kill or modify two or three specific bills, including the Vaccinations bill HB 3063.

NOTE: Sign up for emails from OCEANetwork to stay up-to-date on this and other issues impacting the freedoms of homeschooling parents in Oregon. 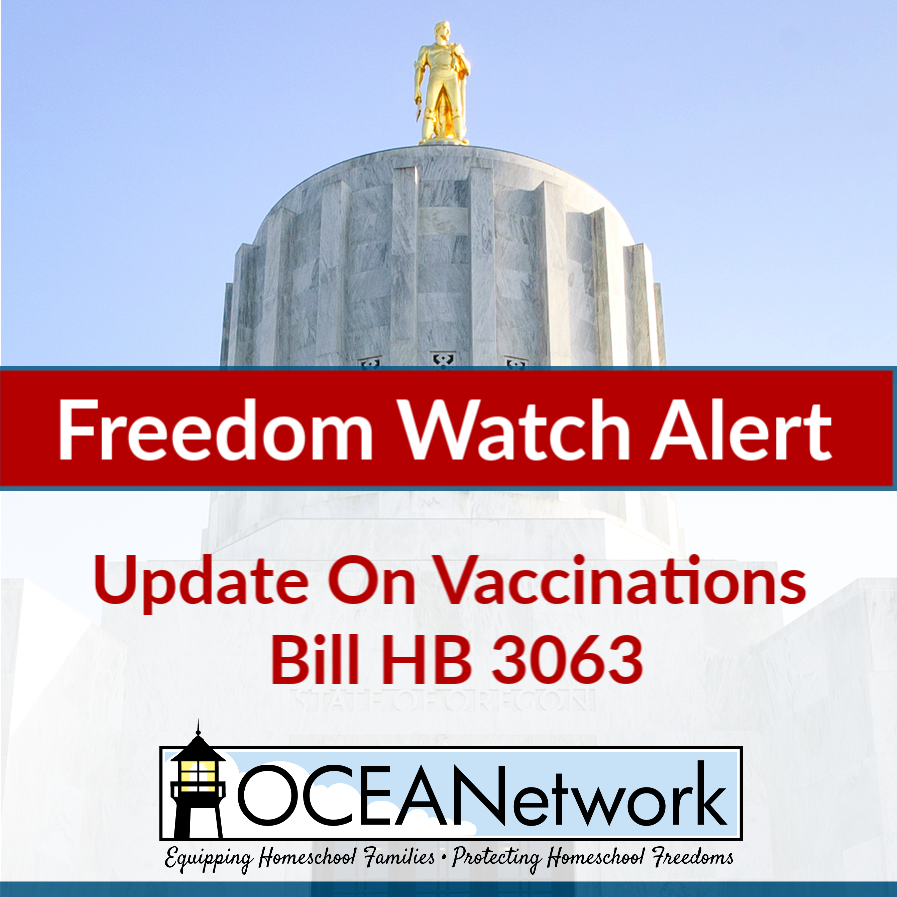 Senate Democrats discussed various responses to the walkout, including sending out the State Police (at 07:18) to round up the Republican Senators.

Monday morning the Senate Democrats agreed to a proposal negotiated by the Governor. The agreement killed the Vaccinations bill and another bill to get the Senate Republicans to return for quorum, so that the session could resume.

This is the Legislature. It’s not over until it’s over. OCEANetwork plans to continue monitoring the Legislature through the end of the session. The Vaccinations bill could be revived. That would be bad decorum, though.

It looks like the Vaccinations bill is dead for this session. I expect it will come back in the 2020 short legislative session. OCEANetwork plans to continue to track this issue and keep you informed.

Thank you for staying vigilant.